Does playing chess make you smarter 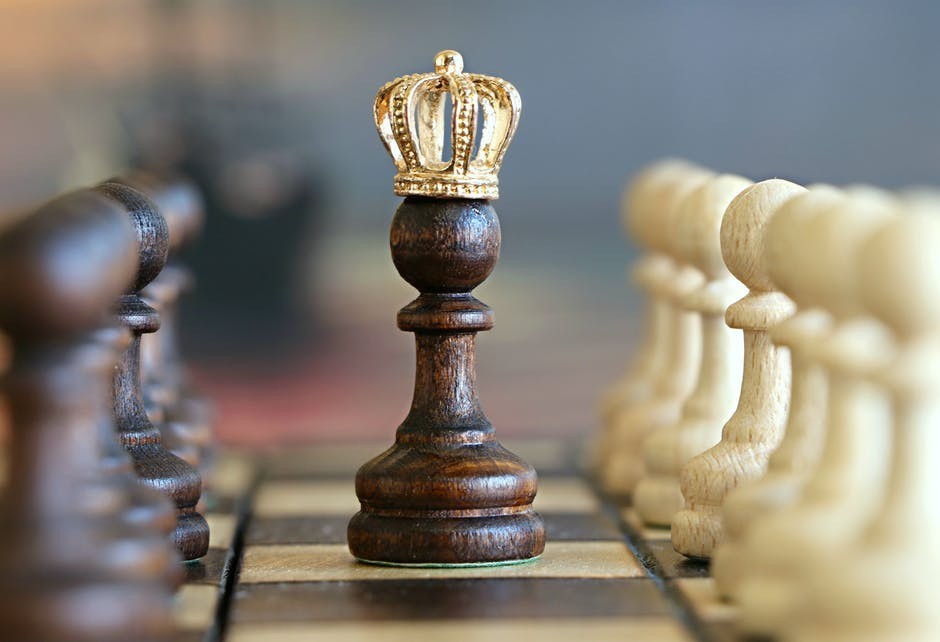 Chess has evolved into a well-loved tactical(explosive) and strategical(making plans) game among people of all ages since it was first played.

The history of chess can be traced back nearly 1500 years.

Since the very nature of the game calls for mental perceptiveness and many other skills, a person’s chess game can easily convince someone of his intellectual mastery.

This is actually based on legitimate examples of think tanks that excelled in other disciplines after years of chess training. So Does playing chess really make you smarter?

This article attempts to provide you the answers to these questions by using different logical perspectives. 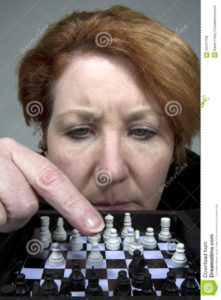 Chess does make you smarter heres why:

Kids in school, are seen to reap great brain benefits from playing chess, according to neuroscientist.

Chess has been shown to enhance the analytical, critical thinking, and mental visual skills most particularly those of a young age.

This is because a child’s mind is not yet cluttered with experience and information. So quick brain development can occur through flexibility to embrace the science of chess.

According to a study conducted in Venezuela, results have shown children who took chess classes for several months have increased their IQ.

This conclusion is also backed up by a 2003 study of Murray Thompson, a Ph.D. Education student at the Flinders University in Australia.

In his experiments he found that participants who did chess training demonstrated improved mental acuity. 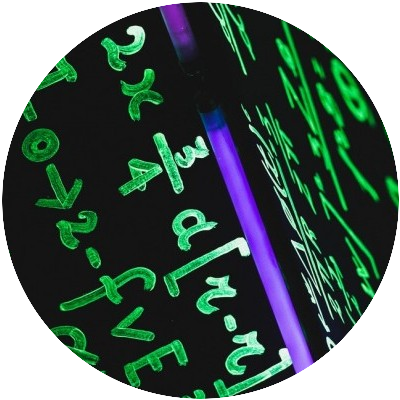 So neuroscientist ascribe this to the ability to strengthen the mind.

This game requires memorizing some chess openings(battle formation and movement), coming up with a clear plan on how to outsmart your opponent, control of the center(center of the universe), and a thorough understanding of the ending(final rounds in chess).

Without precise knowledge of chess ending, even a won game can be drawn or lost.

Scientist that study the thought process, brain function, and nerve system throughout the body have stated that when one is exercising the mind on a puzzle, this creates new grooves in the brain.

This brain sculpting creates greater mental clarity and enhance perceptual awareness. Heighten awareness is a function of stimulating the nervous system in the body.

When using the mind to solve numerous puzzles in chess this stimulates many areas of the brain.

A 1998 study titled The Effects of Chess Instruction on the Mathematics Achievement of Southern, Rural, Black Secondary, conducted by James Smith and Robert Cage, has shown that chess is also crucial in the improvement of a reasoning faculty in the brain.

African-American high school students, were tested for 5 days on of chess instruction. Their mathematical test showed the group of students from the group that studied math and chess showed better scores, in comparison to the students who just did math test.

James and Cage had determined that the improved math skill of the student was influence of chess on perceptual ability, which is a child’s capacity to deal and provide meaning to sensory stimulus.

The skill to think several steps ahead is attained by practicing looking ahead in a chess game. This is the main reason why chess players are good in math.

Albert Frank, a school director based in Zaire, examined the impact of chess on children who took classes for 120 minutes per week. His test, showed stellar results.

He concluded that those who studied chess demonstrated improved communicative skills.

Despite the absence of words in the game? Frank believes that chess stimulates many areas of the brain. Since it utilizes all the abilities of an individual’s mental faculties whenever the game is played.

Studies have shown that it can help improve the mental adeptness of the elderly.

Chess empowers a seniors’ ability to ascertain the causal(cause and effect) patterns in events that occur in life, analyze the relationship between elements in a situation, and deepens understanding in general. 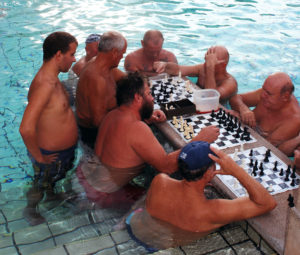 I am going to suggest, based on my experience and observations, that any game like chess that is hard, competitive, and exciting will be a great benefit to an older person.

Mental sports augments the mind by a variety of complex problems to tackle with. Research says if people do not exercise their gray matter, then they will more likely lose brain power when they age.

Gray cells in the brain like the body must be exercised or they will atrophy.

When they get way up in age this could not only become an ingrain habit, but could lead to dementia such as senility or Alzheimer’s Disease. 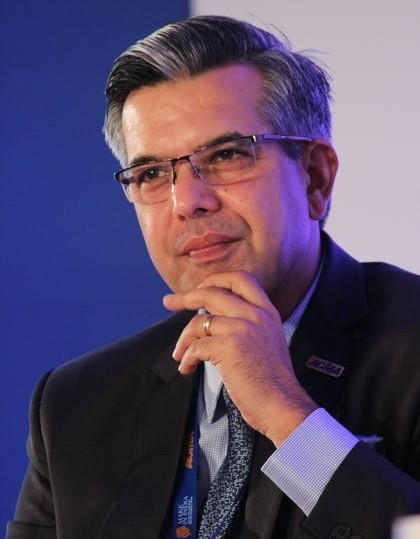 If you take a simple homemade chess training course you can make rapid mental progress.

1. Learn the rules of how to play the game.

2. Get a chess book on openings and pick one opening to master. First start out by memorizing the moves in 1 line of an opening. This will give you a foundation on how to begin a proper military stance and organized movement in the game.

To read and study books on chess openings is like when a person learns the rules of driving.

Which require driving on the right side of the road, complying with the speed limit, Always wear your seat belt, Never drink or text and drive, After sunset and in bad weather you must turn on your headlights, etc.

These rules when learned will make you eligible for a drivers license. Following those rules allow you to drive with some safety.

But learning many unwritten rules for becoming a seasoned driver after years of practice will guarantee your safety.

One can not even begin to drive if they don’t learn the correct way to handle a car, street signs, lights, other vehicles and the road.

By the same token in chess one cannot even begin to play a real game if they don’t learn the openings.

Now I disagree, because one who takes time to learn the openings is building a sound foundation in the art of chess.

Someone that will not thoroughly master an opening in chess, is like a heart surgeon that performs open-heart surgery without the presurgery phase:

a. The patient is administered anesthesia for painless sleep during the whole surgery.

b. An incision partial or complete 8-10 inch cut in the chest breastbone to get access to the heart.

c. A patient’s heart can be seen they may be connected to a heart-lung bypass machine.

d. A healthy artery or vein is used to form a new pathway around the blocked artery.

e. Wire is used to close the breastbone leaving it inside.

f. The initial chest incision is patch up.

Once a doctor knows these basic rules for performing a heart operation, then must come a deeper level of knowledge.

There has to be a great passionate feeling for handling a heart so it can be done with care.

The heart surgeon must be able the to give the correct amount of sleeping medication to the patient.

The anesthesia medicinal components consist of analgesia(painless), sedation and paralysis. heart and breathing are monitored and when the patient is sound a sleep, the saw is ready to be used.

With years of concentration the surgeon can make a precise power pressure cut into the breastbone this is about a 1/2 minute. A powerful magnifying loupe is used to see the exact area to sew sutures(thin as human hair) to join healthy blood vessels.

One has to develop patience and nerves of steel to perform an operation that can take over several hours.

One must have good manual skill to use wire to close the breastbone and stitch up the first cut.

Just as the heart surgeon has to be methodical in the prep phase of the operation, the chess player must also thoroughly study first phase of the game(chess openings).

3. Once you memorize a line in a variation of a chess opening, Then in order to better understand the opening you have to figure out why each move was played.

This analysis will help you get deeper insight into chess itself. In time, you won’t need to rigidly follow rules, because you will begin to develop your own judgment on what to play .

Why some people do not believe that chess really makes you smarter:

Some chess players get extensive books on chess openings that have many openings and each opening has many sub variations that have been analyzed for over a 100 years by grand masters.

They just memorize openings and in depth lines without interpreting the meaning behind the ideas in the game.

This partially digested knowledge superficially empowers brain power. Now there are chess enthusiasts that take a step further and dissect chess positions so they have a clear take on what’s going on in the game.

The rigors of thinking in chess is more intense than physical exercise, which augments brain power considerable.

You can be a super mind by constantly improving brain connectivity, But unless one converts chessic(chess logic) thought process to an everyday situational thought process there is no practical real life intelligence.

So chess definitely makes you smarter, provided that you apply your chess mindset to other disciplines.

What do you think about chess, I would love to hear you view point.

8 thoughts on “Does playing chess make you smarter”